Through a public-private partnership (P3) with Signature on the Saint-Lawrence Group, the Government of Canada has ensured a secure and long-lasting quality structure at the best value for Canadian taxpayers. The project has created thousands of jobs and has a positive impact on the local, regional and national economies.

To learn more about the actual construction, visit: https://www.newchamplain.ca/.

The Samuel De Champlain Bridge Corridor project includes not only a new bridge crossing the St. Lawrence, but a new l'Île-des-Sœurs Bridge and reconstruction and widening of the federal portion of Autoroute 15. The Île-des-Sœurs Bridge officially opened to traffic in both directions on November 12, 2018. The Samuel De Champlain Bridge opened to traffic, first with the northern corridor toward Montréal on June 24 followed by the southern corridor toward Brossard on July 1. The rest of the project will be complete in late 2019. 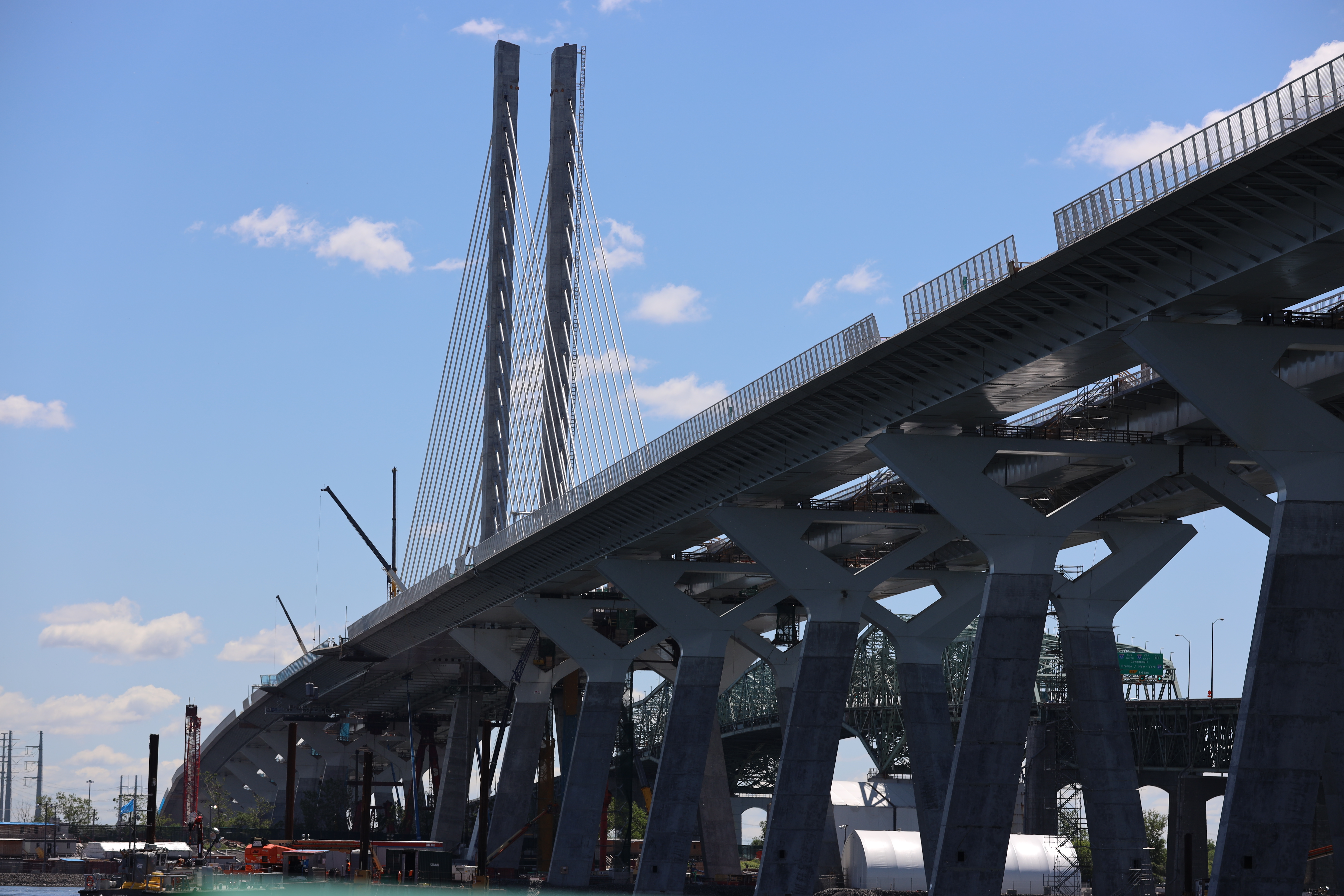 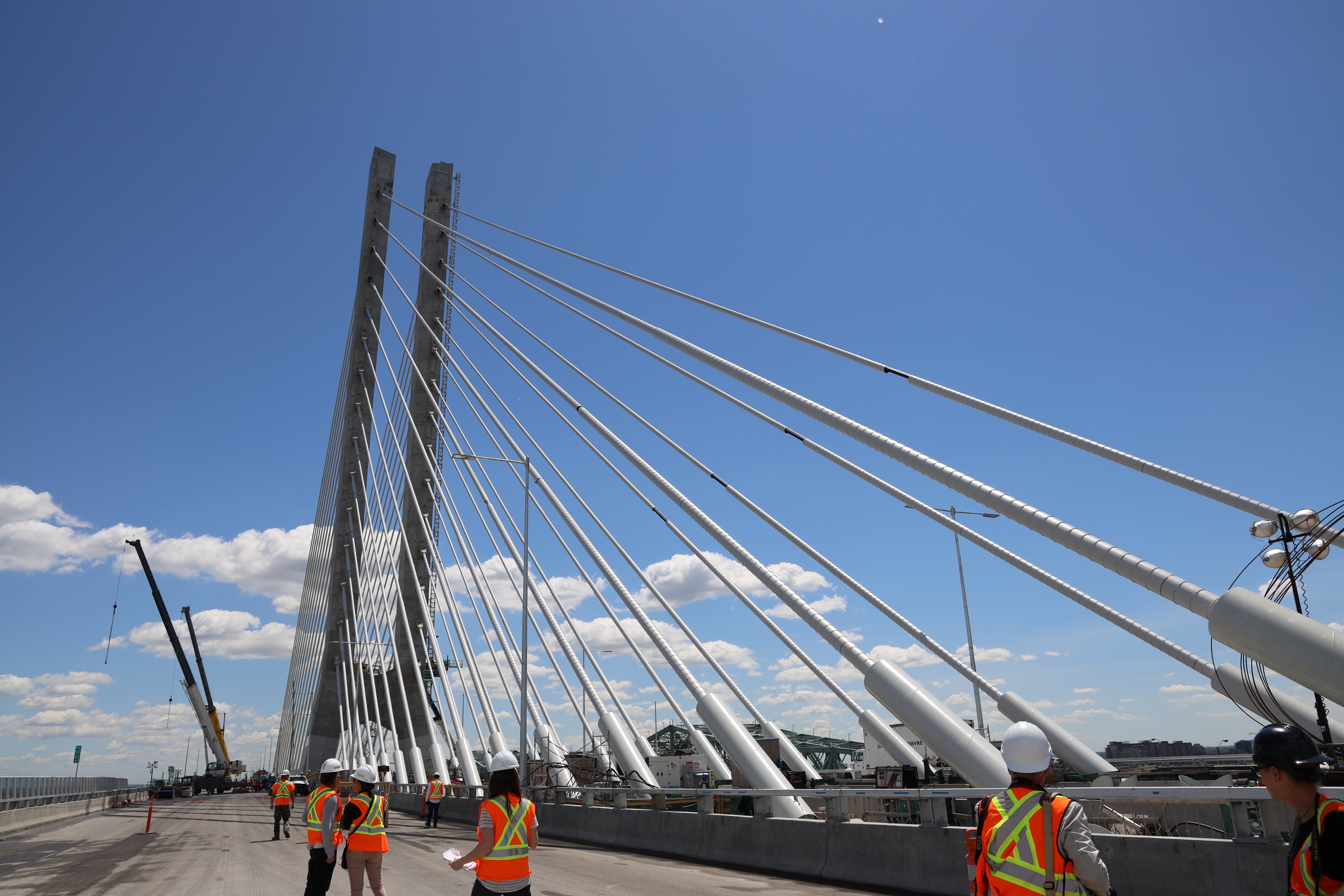 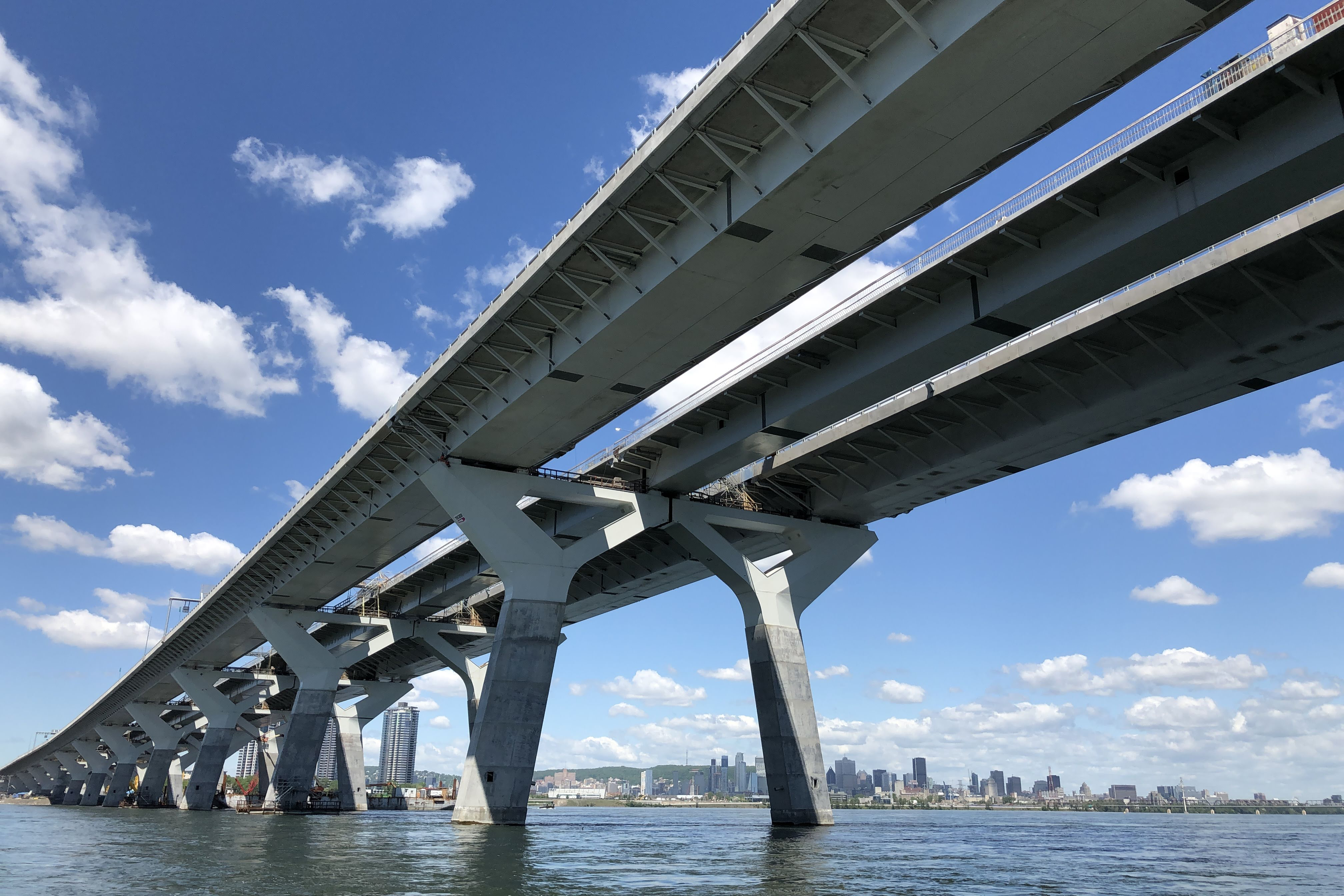 About the old Champlain Bridge

As one of the busiest crossings in Canada, the old Champlain Bridge was a crucial corridor for the regional economy and for Canada as a whole. As many as 60 million vehicles and more than $20 billion in Canada-United States trade passed over the crossing annually.

The old Champlain Bridge was one of three major Montréal bridges managed and maintained by the Government of Canada, along with the Jacques-Cartier Bridge and the federal portion of the Honoré-Mercier Bridge.

A new bridge was required to ensure the long-term security of its users and meet the evolving traffic demands in the region.

To learn more about the management and operation of federal bridges in Montreal, visit: www.jccbi.ca. 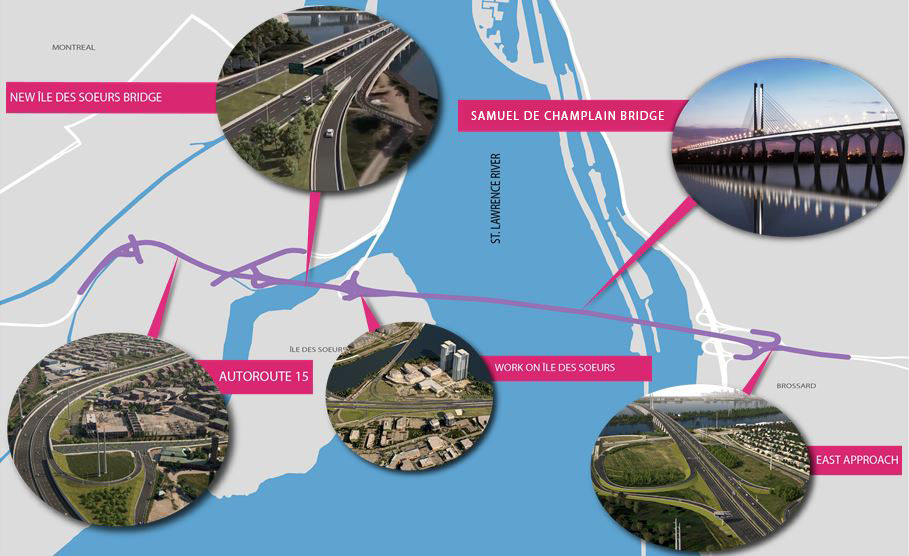 Larger image and text description of map for the St. Lawrence corridor